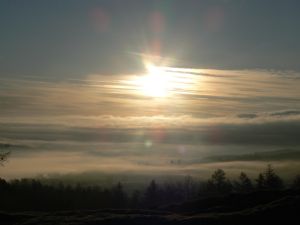 was 'NO ORDINARY MAN'

He lived thirty three years on this earth. For most of this time he was a carpenter, but he spent the final three years of his life travelling from place to place, teaching, preaching and healing.

Everything He did was motivated by love, and He demonstrated this in his compassion, his teaching, his healing, and in the miracles he worked.

He died in extraordinary circumstances, refusing to defend the accusations against him, and submitting to a criminal's death on a cross. In the middle of his pain and agony he continued to show love to those around him: he spoke words of forgiveness to those who crucified him, he showed concern for the future welfare of his mother, and promised salvation to the thief on the adjacent cross.

Three days later he rose from the dead proving conclusively that he was indeed NO ORDINARY MAN. Instead he was GOD himself.

He had come into the world to prove and demonstrate God's love for all he has made.

As John, the Gospel writer, put it:

'For God so loved the world that he gave his only son, so that everyone who believes in him will not perish but have eternal life.' 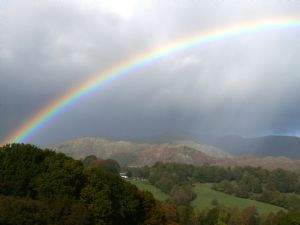 He has made this possible through his death on the cross, which won a victory over death and sin - our sin - and makes it possible for us to approach God Himself, knowing that our sins are forgiven, the slate is wiped clean, and that we are loved and valued more than we can possibly imagine.

If you would like a copy of Luke's account of the life of Jesus, entitled 'NO ORDINARY MAN', email HERE.

To find out more about Jesus Christ: http://www.rejesus.co.uk

To find out more about Christianity: http://www.christianity.org.uk

To find out more about the Bible: http://www.biblesociety.org.uk